“Taste is a tricky thing to nail down, especially when our collective appetites are very much a moving target. The key lies in understanding not just what we like but why we like it. How, if you’ll forgive the cliché, can we actually account for taste?”

The Taste Issue of Popular Science is available now 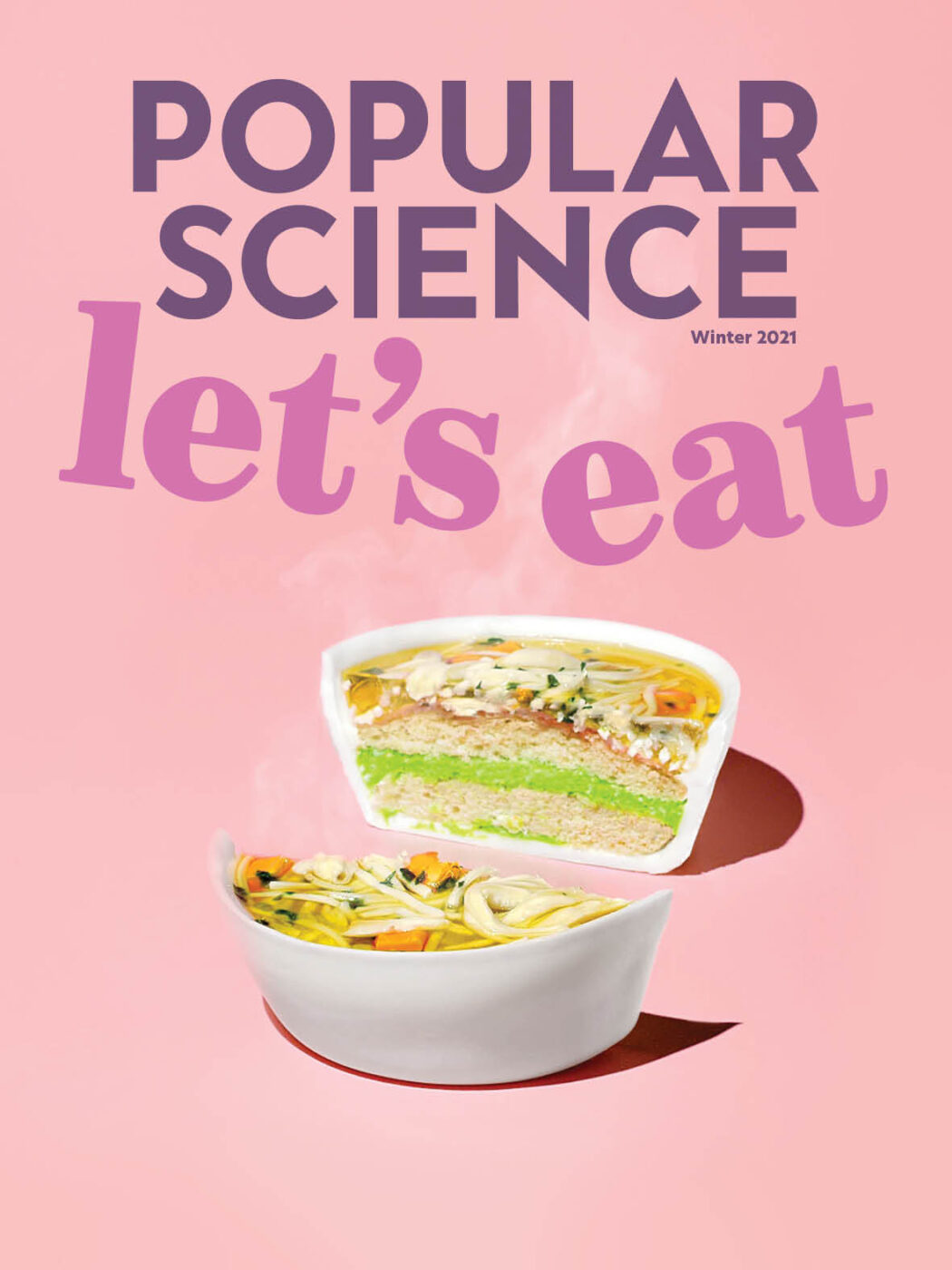 Chefs and biologists are teaming up to explore the feasibility of turning invasive species into gourmet dishes in a bid to reduce environmental and economic costs across the United States. Contributor Matt Hongoltz-Hetling dives into the history of so-called invasivorism with the help of Doug Paine, chef of Jupiter Bar and Restaurant, an establishment in Burlington, Vermont that’s spearheading the movement. “Few diners realize, though, that when they lift a forkful of Paine’s salad, the peppery bite in the dressing comes from chopped sprigs of garlic mustard. The quick-growing European weed is notorious for pushing into Vermont forest understories and lacing the soil with a chemical that prevents native plants from germinating. On the other hand, it’s tasty, which prompted Paine to join a boundary-pushing trend that combines ethical eating with invasive-species warfare,” writes Hongoltz-Hetling.

The Age of the Cannabis Connoisseur

As Cannabis use becomes more popular than ever, scientists and weed industry professionals alike are researching how each plant’s terpene profile makes it unique to imbibe. Popular Science explains how terpenes shape weed’s taste, flavor, and effects—and how those qualities are helping the luxury cannabis market expand and evolve to include everything from delicious bonbons to delectable candles.

Due to historic ethnocide and displacement, many Indigenous Peoples have been separated from their traditional crops for generations. Contributor Kalen Goodluck explores this issue with Jessika Greendeer, Seedkeeper and Farm Manager of Dream of Wild Health—a nonprofit organization that aims to reconnect traditional crops to their original caretakers. “These inequities helped give rise to a movement for food sovereignty—the term for systems that enable people, as opposed to corporations—to propel the sustainable production and distribution of provisions. Advocates are trying to revive ancestral culinary and farming practices and open access to traditional foods. In particular, Indigenous archivists, farmers, and scholars are unearthing long-lost ‘seed relatives’ in federal, private, and museum collections and reuniting them with their tribal communities like long-lost kin,” writes Goodluck.

At the Clermont-Ferrand University Hospital’s (CHU) palliative care unit in France, patients nearing death are treated to the world’s only hospital-based wine bar. A glimpse at CHU’s unique focus on joy invites questions about how we might improve end-of-life care elsewhere, as well as what neuroscience tells us about the importance of sensory pleasure.

Plus: The Formula Behind the Yummiest Meals; What Climate Change Means for Your Favorite Fare; Party Cups that Won’t Ruin the Planet; Five Long-Gone Foods Making Delicious Comebacks; The Two-Week Journey that Spins Sugar into Jelly Beans; and more.