“The fear I felt in that moment was so real, so paralyzing, that I would’ve given anything to be airlifted off that river and taken home. Looking back, though, I can’t imagine that day on the Deschutes going any differently. And that element of danger certainly added some tension to the article I eventually wrote. Turns out, being scared to death can bring a story to life.”

The Danger Issue of Field & Stream is available now. 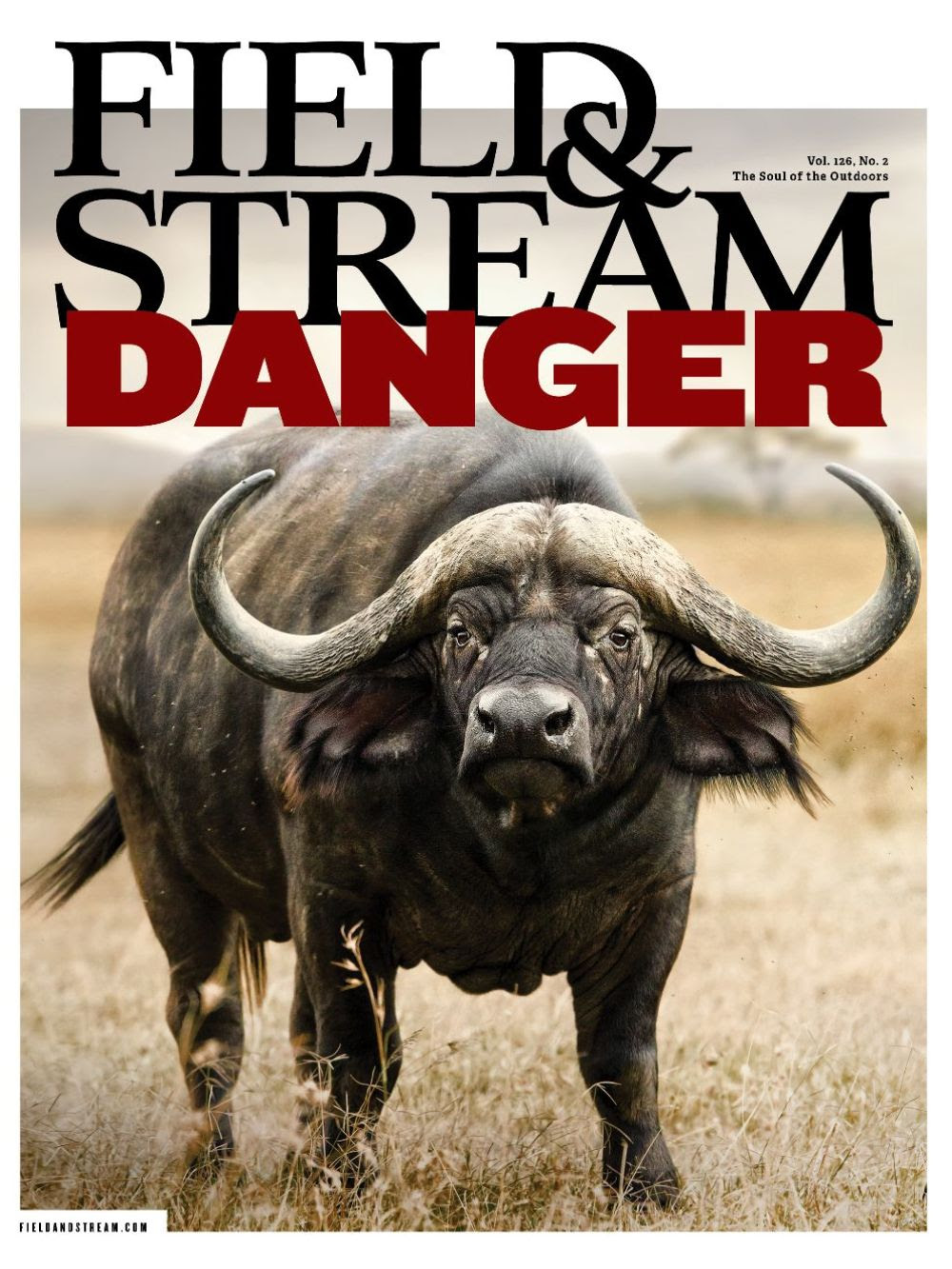 David E. Petzal takes a closer look at our fear of Cape Buffalo, through his own experience and tales from legendary writers like Robert Ruark. “Buffalo do not look cuddly. Hippos, which are far more dangerous than buffalo, and which kill more people than any other large animal in Africa, look comical if they are not biting your boat in half. Elephants look wise. However, there is nothing on four legs that is more dangerous than a cow elephant with a calf. Lions look noble. Leopards are grace personified. Cape buffalo, on the other hand, are indeed scabby, and are often covered in mud and shit. Their customary expression is baleful. There is no grace to them whatsoever. And they are not huge,” writes Petzal.

Field & Stream spoke to four individuals who survived some wild encounters on what was supposed to be a regular day in the field. From a snakebite to a charging bull moose, and a barreling blue marlin to a gator attack, these folks have been through the wringer and lived to tell the tale.

Invasive pythons are starting to take the life out of South Florida. Contributor Allie Conti went to the Sunshine State to travel along with the loose-knit group of thrill-seeking— and in some cases government-paid—bounty hunters who are trying to get rid of them. “Full eradication is probably a fool’s errand given that a female python can lay between 50 and 100 eggs at one time, but until all these new programs kick in, the contractors are the only thing keeping the python population under a semblance of control,” writes Conti.

Matt Mendes became one of the premier fly fishing guides in Oregon because of a fierce, burning obsession with steelhead. But now, as fish returns on the Deschutes River continue to worsen year after year, Mendes, and his tribe, must reckon with an uncertain future. “Mendes hates catching blank more than just about anything else. It doesn’t matter to him that getting blank is a foregone conclusion for most anglers fishing for notoriously hard-to-land, and increasingly scarce, steelhead,” writes J.R. Sullivan.

PLUS: The Showstoppers; Fighting Words; Passing Shots; A Great Little Buck; Should I Dwell on What I Can’t Do Well?; and more