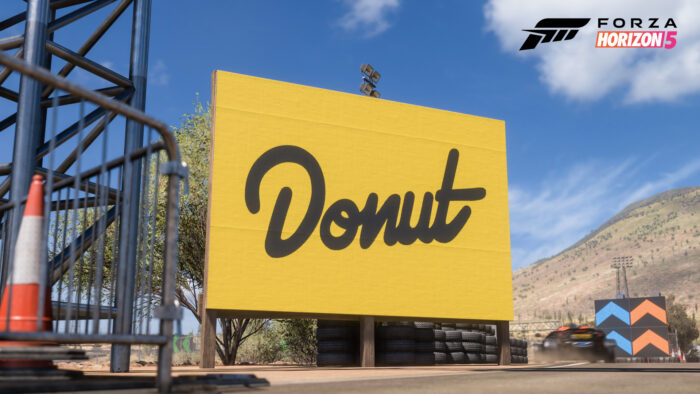 “We’re thrilled to collaborate with Forza to create a fun experience for gamers that was authentic to Donut and our audience,” said Jesse Wood, Chief Creative Officer for Donut Media. “Forza is a franchise that our whole team grew up playing (and still does!), so this is the perfect partnership for both of us. I’m excited for fans to finally see what the teams have been working so hard on, and everything we’re planning for the next chapter. ”

The four-week Donut Media @ Horizon series is available on Forza Horizon 5 from November 10 to December 8, 2022, with more brand integration updates coming in 2023.

Founded in 2015, Donut Media is a multi-platform media company committed to bringing accessible automotive content to audiences of all ages. As the top automotive YouTube channel in the US, Donut has recorded over 2 billion views by pioneering a comedic and informative approach to car content that ignored the gatekeeper traditions of modern car culture. Donut Media’s expanding catalog of original content is dedicated to testing various automotive gadgets and aftermarket modifications, including the blockbuster series HiLow, a two-car experiment that explores if expensive parts actually translate to better performance. Donut has more than 30 employees in their Los Angeles, CA, headquarters and beyond digital content, operates a wildly successful merchandise line, brokers on-screen branding deals, licenses content internationally, and most recently, launched a wholly-owned car collectible brand, STOCKY.